Here is a look at somr 'Random' drawings captions explinations and accreditaions and spelling corrections  to come.x 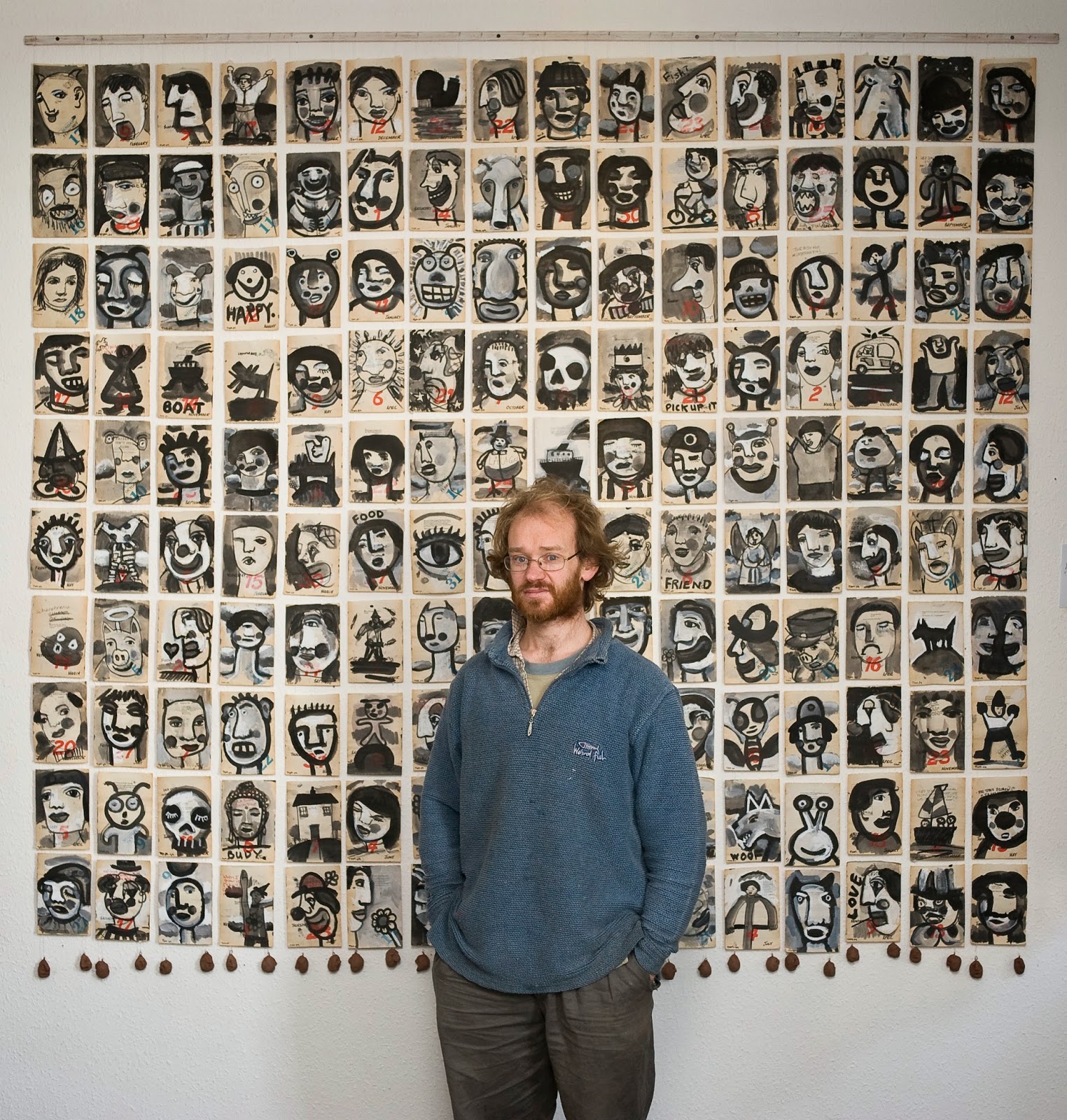 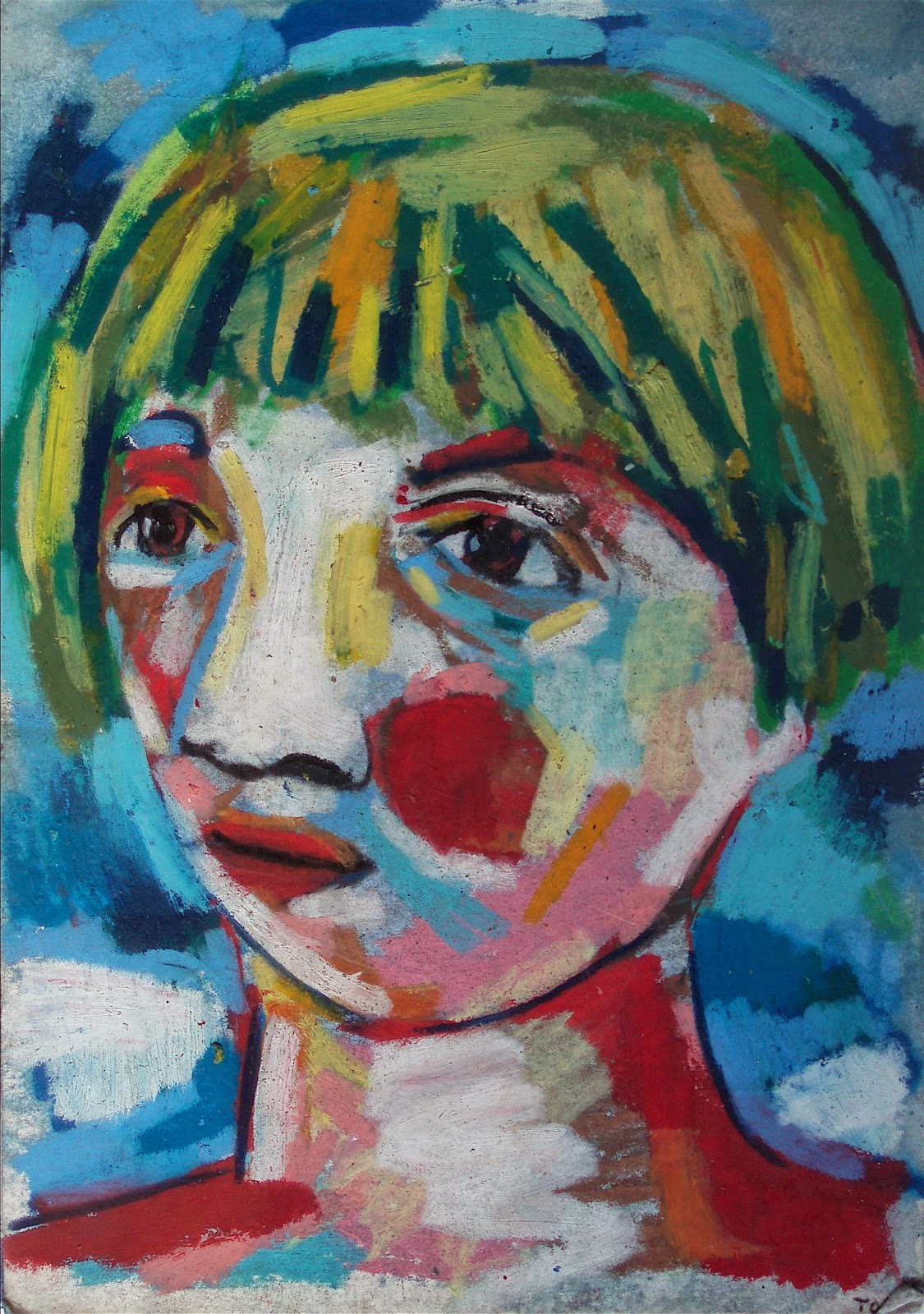 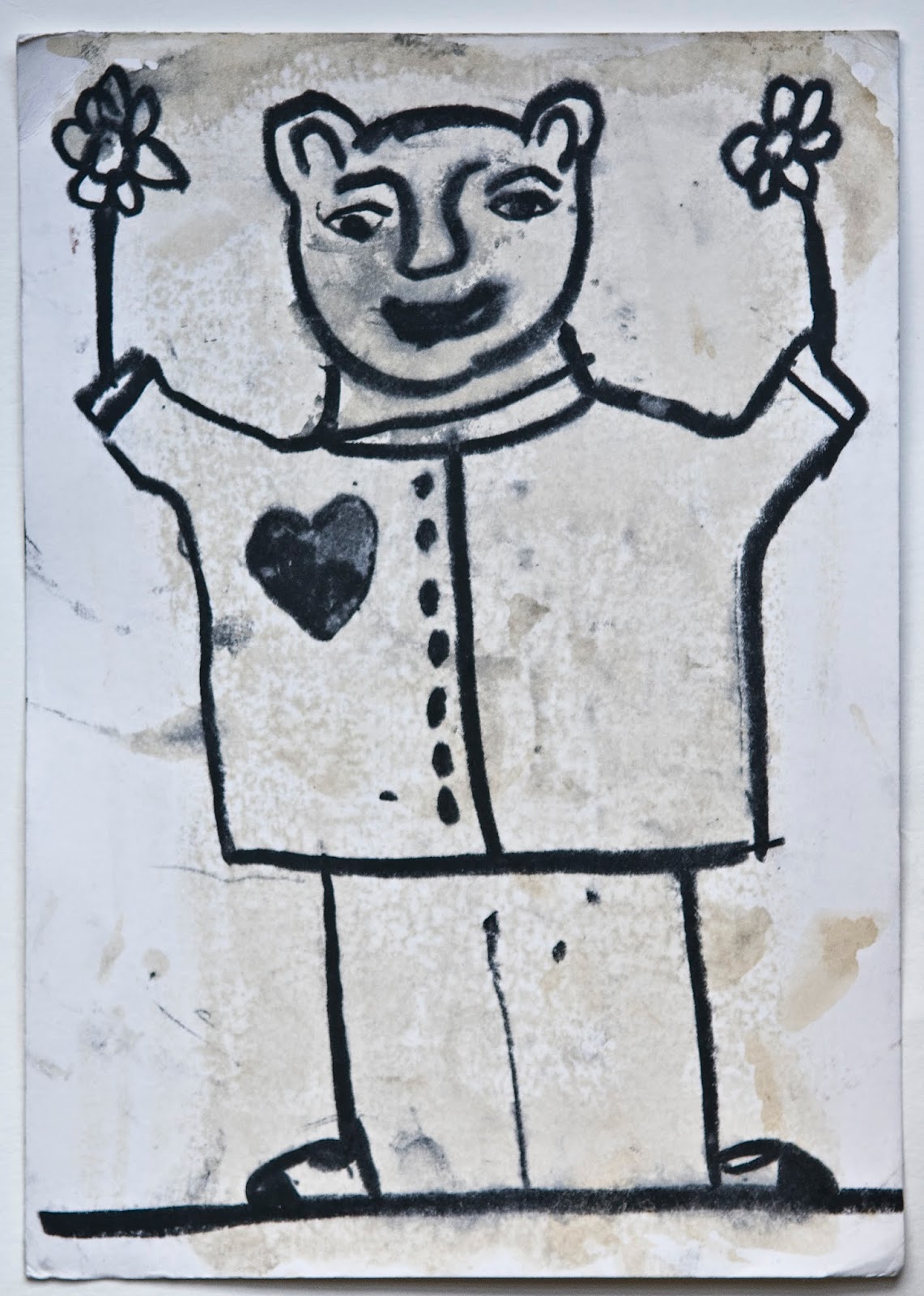 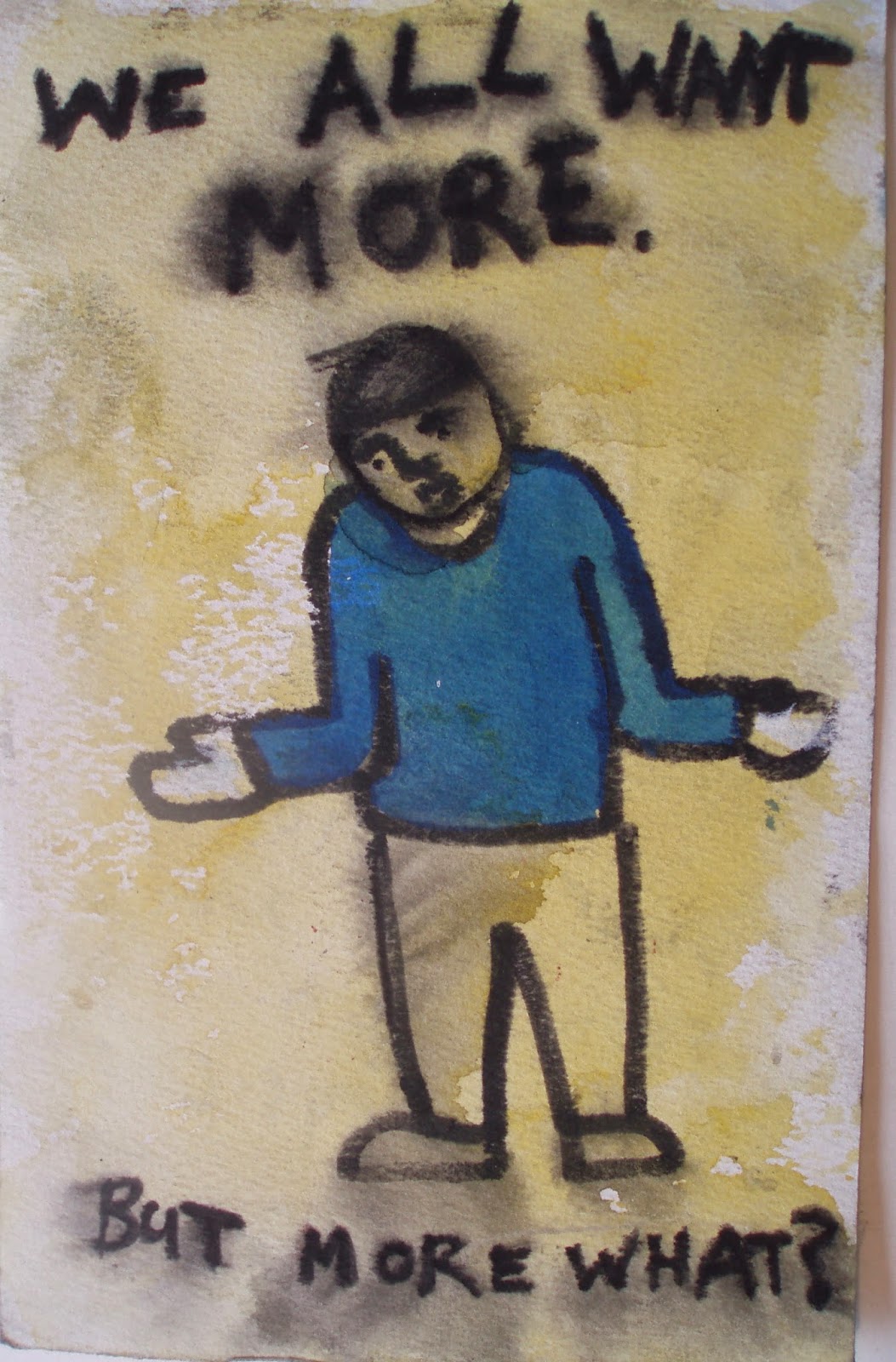 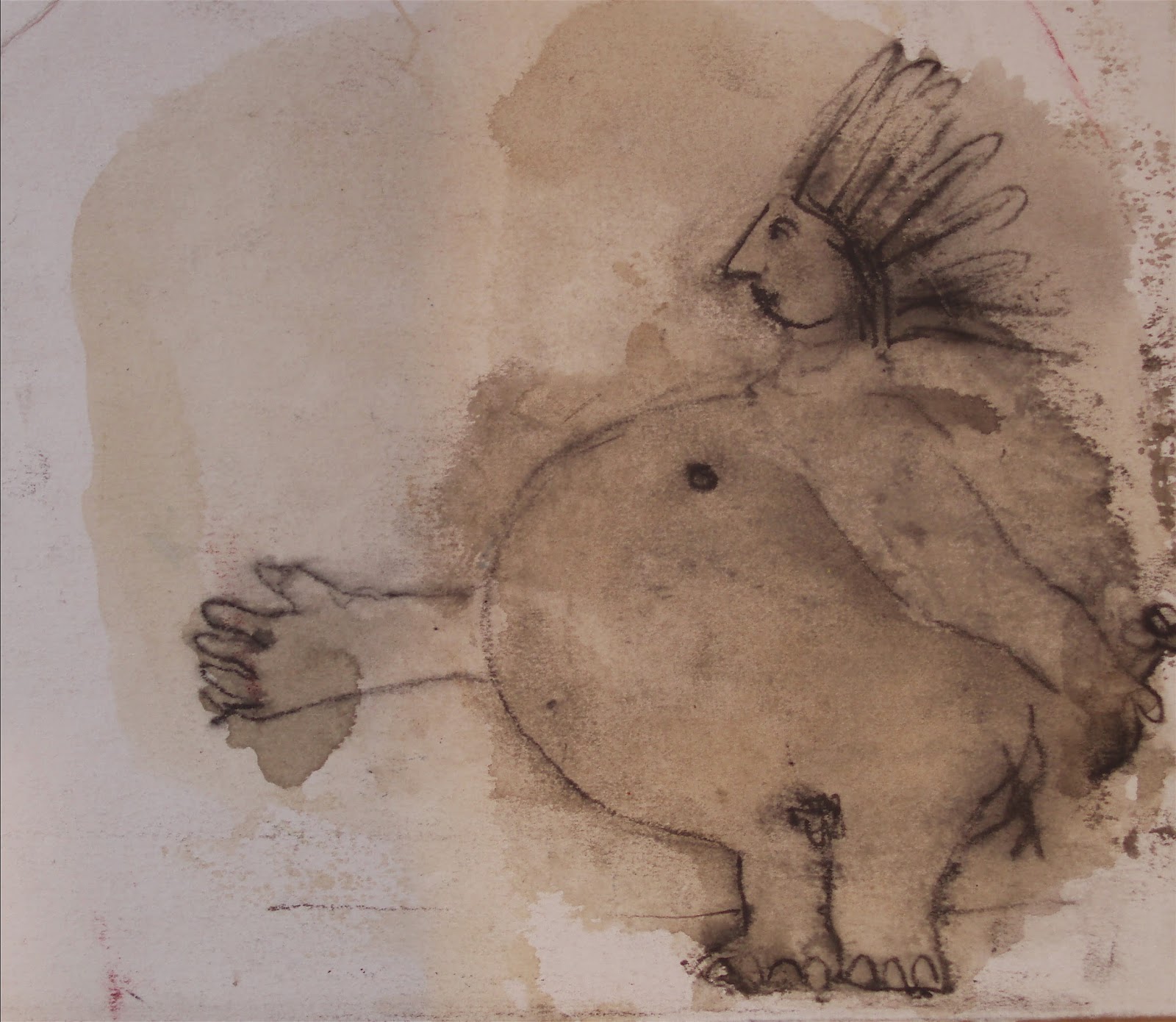 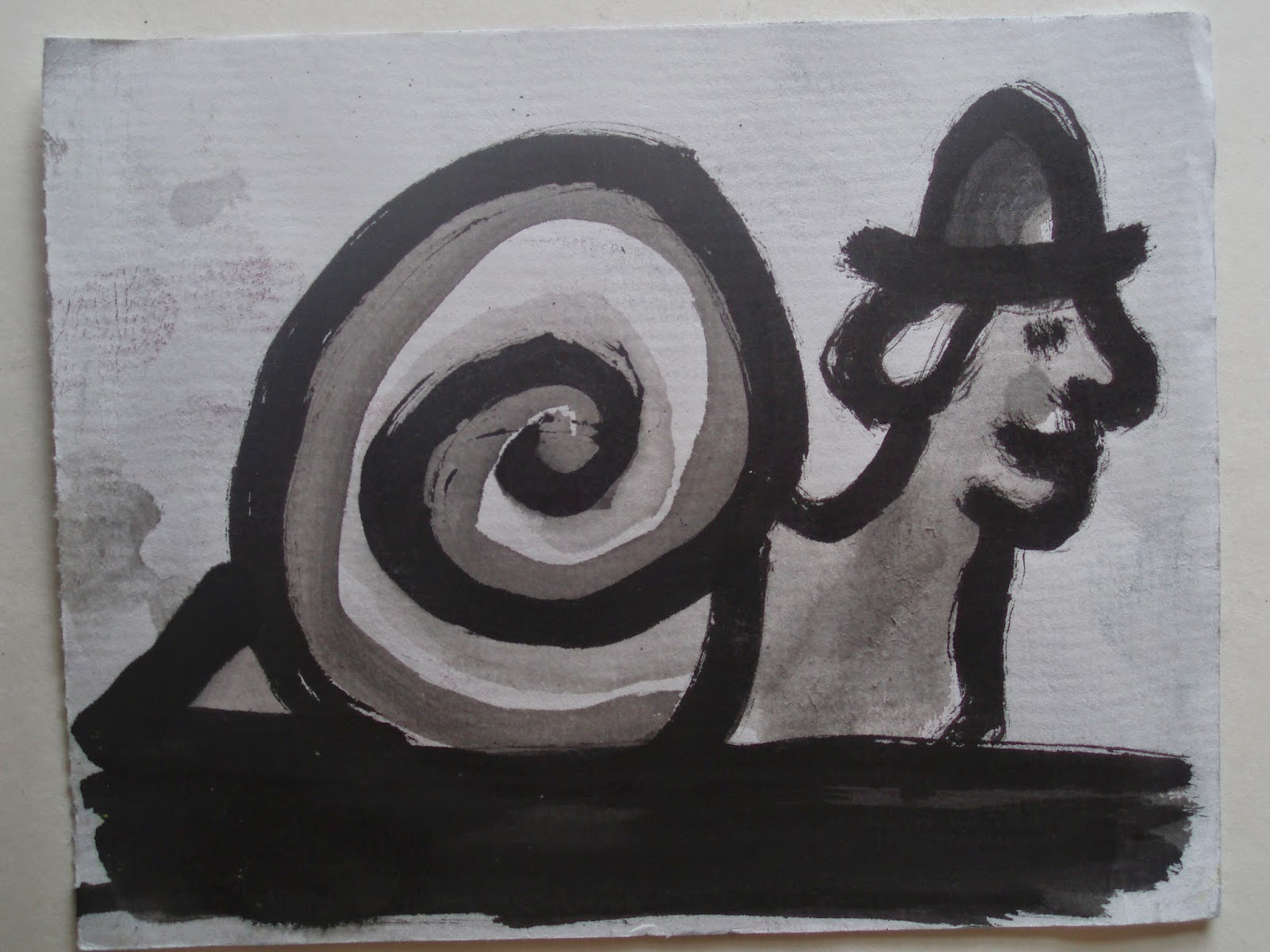 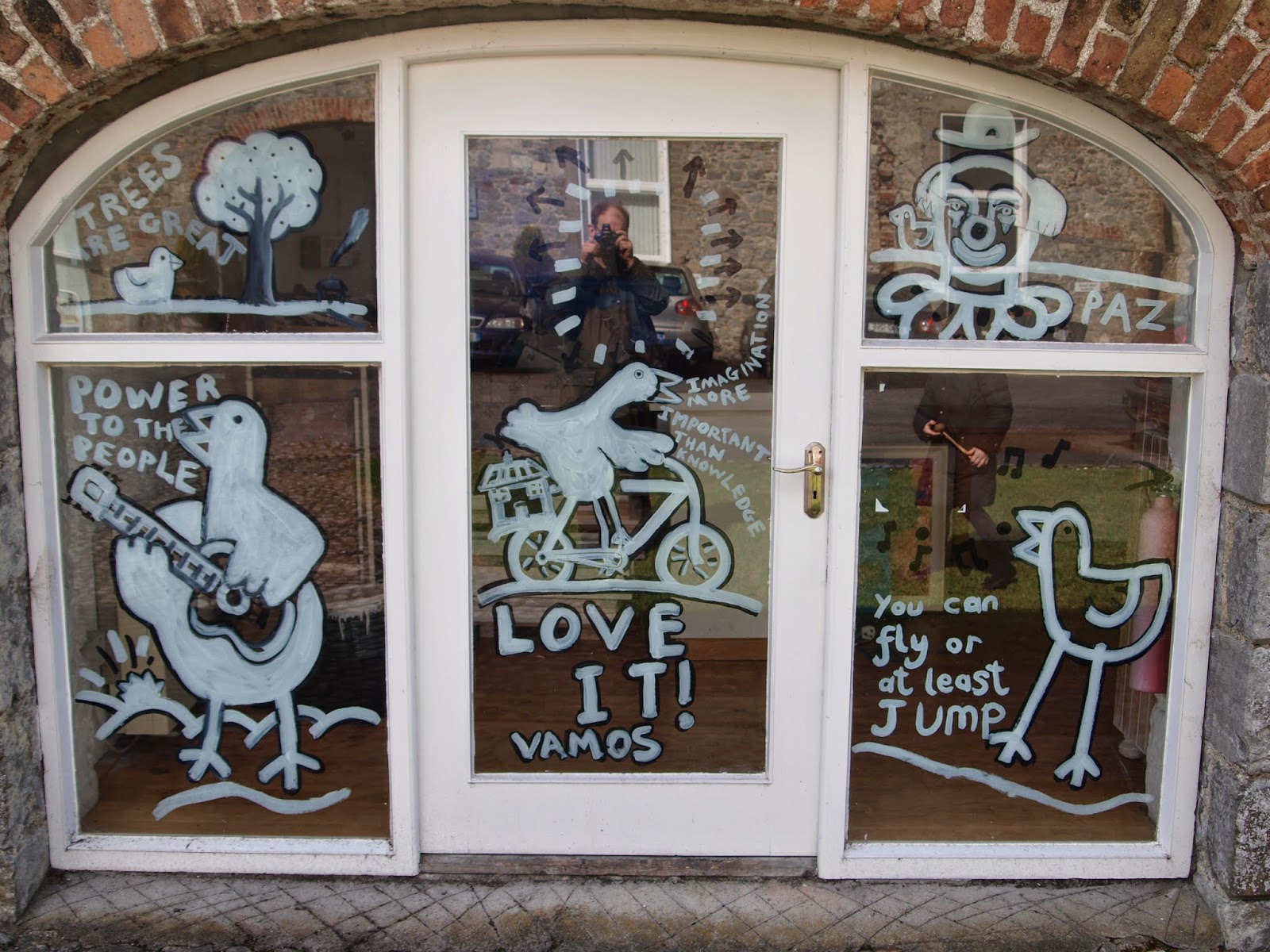 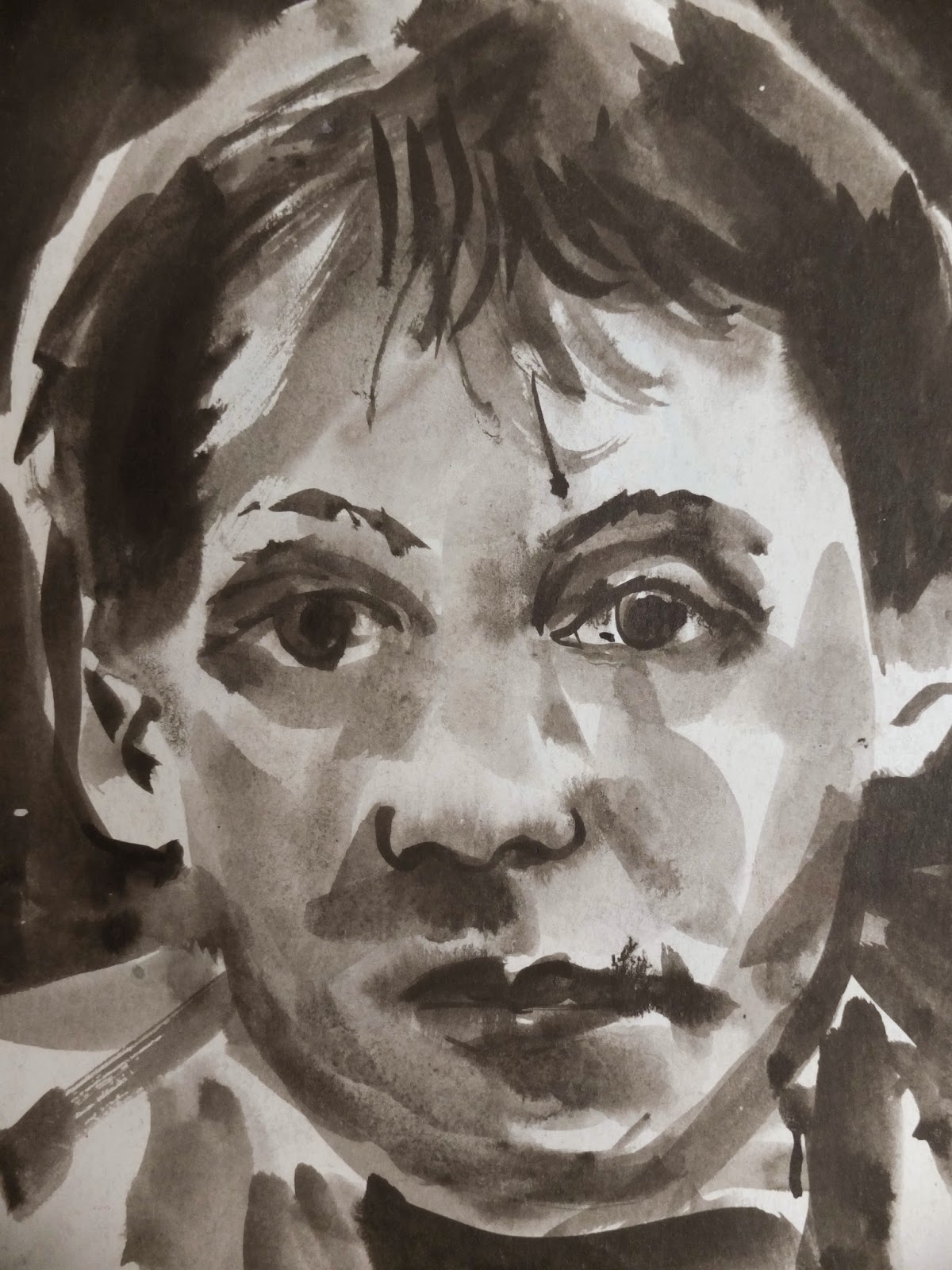 The Dog project  was a project that  started on Cape Clear and Island in West Cork with collaborative making of  a dog .We had newspaper ,string ,cardboard and some masking tape. Our glue was flour and boiling water a technique I learned in Bologna. The dog we made was a bit of a mutt and as he dried that evening by the fire he slumped by the fire.(Papier mache has the tendency to be affected by gravity until dry) When I went home I met quite a few people who really liked the dog , and the idea  came to make 100 dogs for a street instillation. After working briefly in my studio we found the way to make a good armature, Steve we used willow and wire ,rolled up in newspaper. See link to  the film dogmation for a stop motion animation that shows the making process of  a dog. With the help of Bertrand Perennes we twice secured a place to work. In total there have been over 300 dogs made , the making was done , as an open workshop where people were free to come and work when they wanted. In total we worked with over 400 people. Upon finishing the dogs we took them on a walk round the city and installed them in different position, on the street. The completion of the  work was when we exhibited and sold the dogs, people who had work allot on the dogs were given a choice of a dog. From the sales we made a donation to humanitarian aid for Palestine. The dog project is ongoing
Click on link to see the Films
Dogmation     (thanks to Seamus Hegarty and Mars O'Reilly for this film)
Dog project launch( thansk to Seamus Hegarty)

These sheep were comissioned for a nativity  in Cork city , but before they were delivered we had soem fun doing a photo shoot around town.Big thanks to Seamus Hegarty for the photos

Hippo And Salmon Made for a new micro-brewery in Cork.The hippo is a happy chap named harry he has pool balls for eyes and his wiskers are from an old brush, his texture is layers of paper and saw-dust and paint.Sally the Salmon  was made  by refering to heads  from the English Market.the scales were individually glued on and painted. 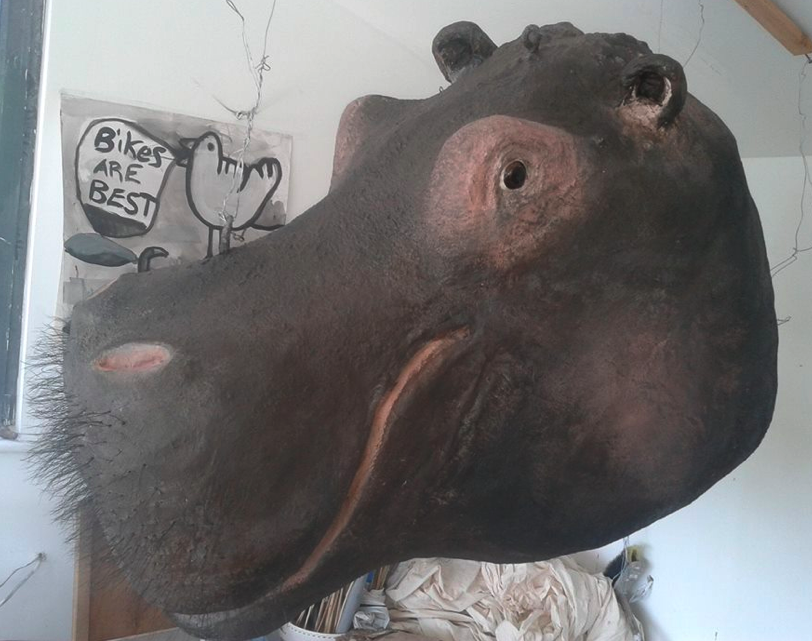 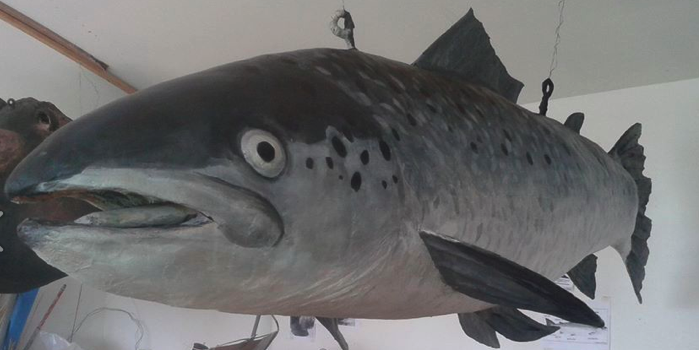 Ballheads is a performance where suited Ballheads walk around playing, dancing ,following each other having........a ball.
The original idea came after making a ball from paper mache , as I like masks and performance it was an obvious decision to put the ball on my head. Then after making lots of globes for Festa De Gracia ,Barcelona there was the opportunity to make the Ballheads a bigger performance , so one afternoon in winter we took to the streets of Barcelona. The films show the results(ballheads ytube)
The original ballheads had no eyeholes this made and interesting performance where the performer could not see, however for the 10 ballheads we made eyeholes. This is a performance that is 'in progress'
So far we have performed at the body and Soul Festival and Glastonbury.An aspect of this work will be a photo-documentation project.
More coming soon.
Click on links to see the films.

Ballheads dancing
Posted by tom at 07:02 No comments:

Clayhead show was a performance that came about when I was at Art College, an experimental performance where I put clay on my head (and hair) and walked about  making different masks.I then did it at a few of art openings and was asked to perform  at cabarets. From this I worked at festivals including Festival of Fools Belfast ,Glastonbury, Lowlands Holland.
I am in the progress of changing this performance to a walkabout  and I plan to experiment with different  consistencies of clay and other materials.
Its coming soon.
Have a look at this......Clayhead at party against the pipe.
And this(thanks to Alicia Falvey).....and this (Thasnk to Alicia Falvey)

Victor the Bull , a hero amongst bull was victorious against many matadors so much so that they were too fearful to fight him, he retierd and lived out his days on the Costa del Sol. the idiot in the forground 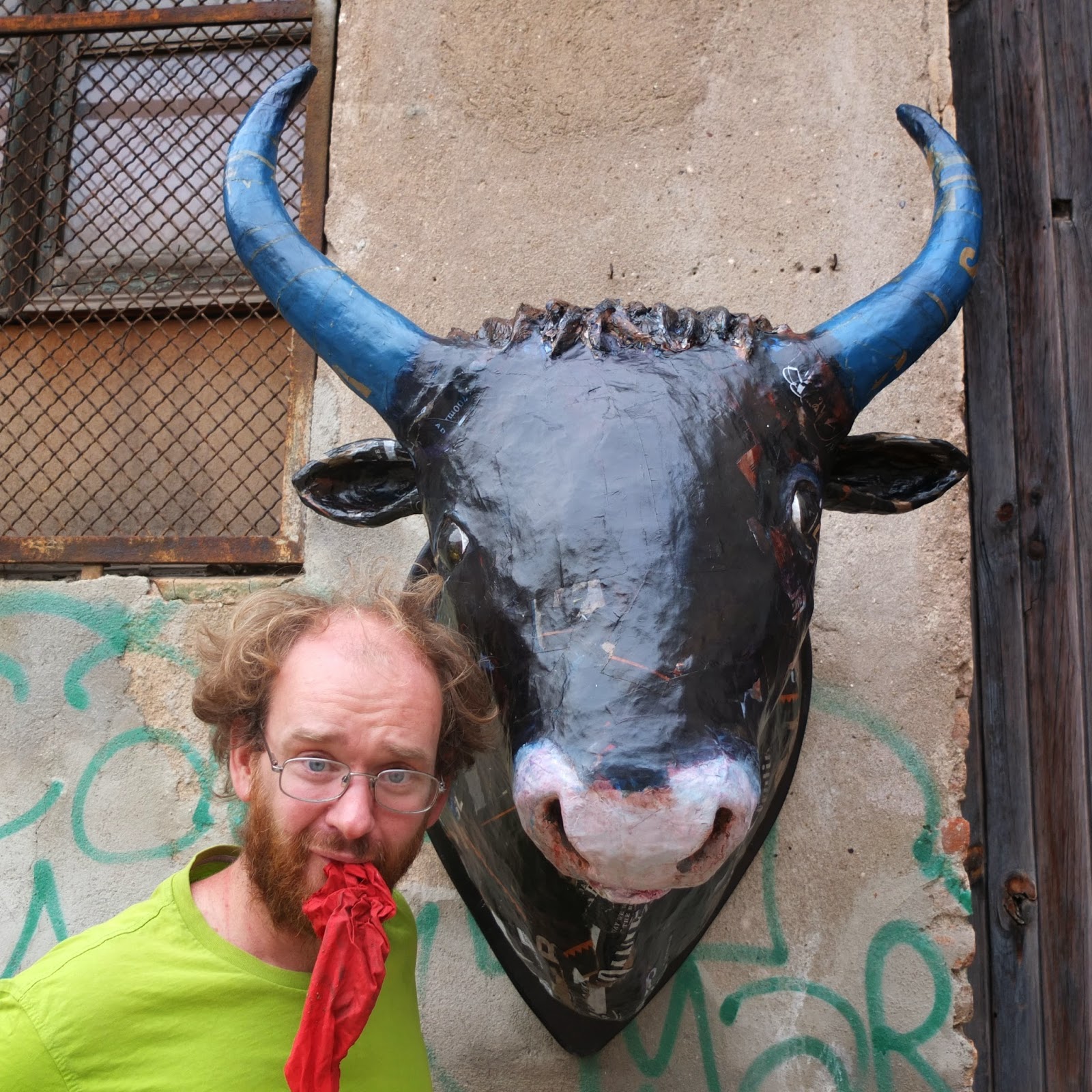 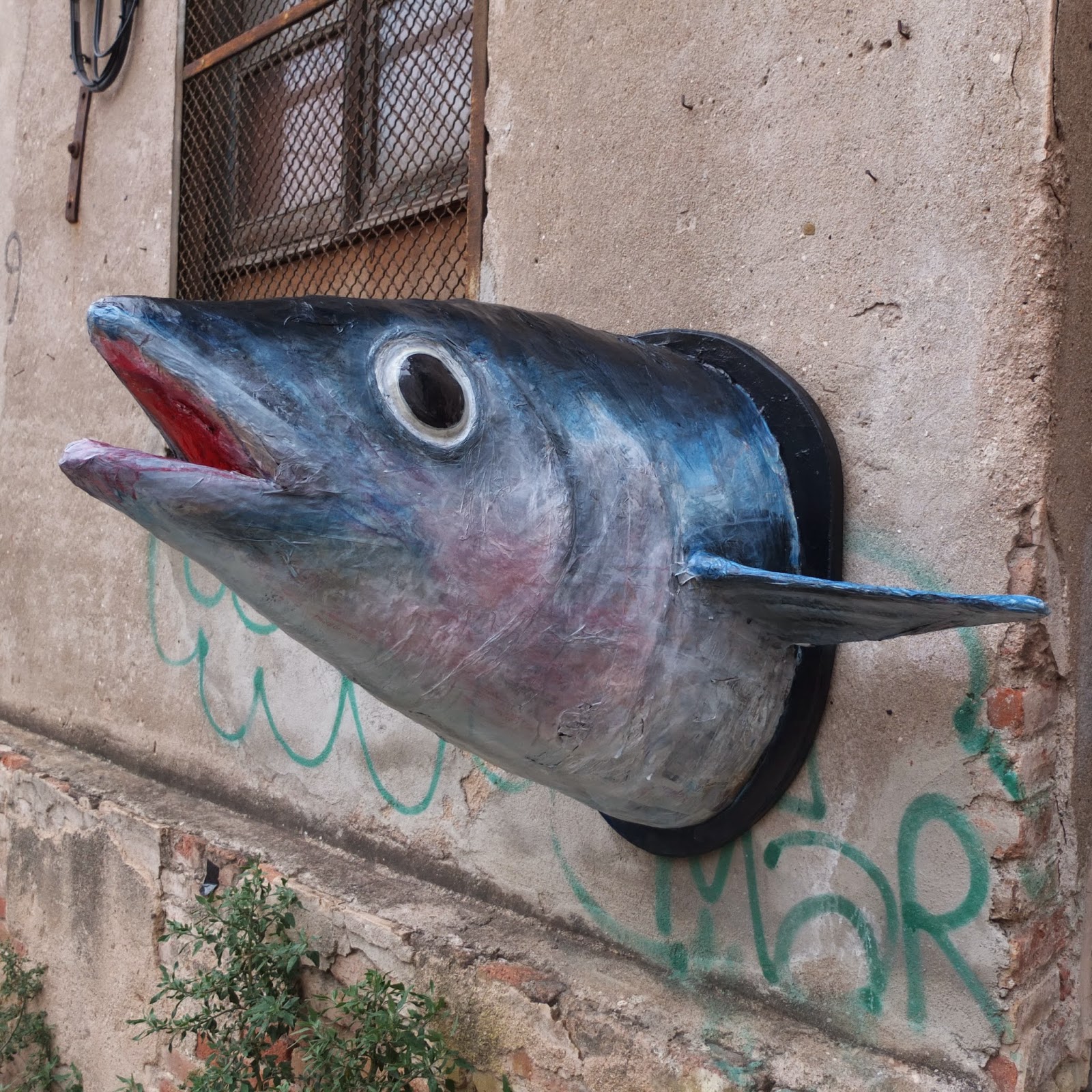 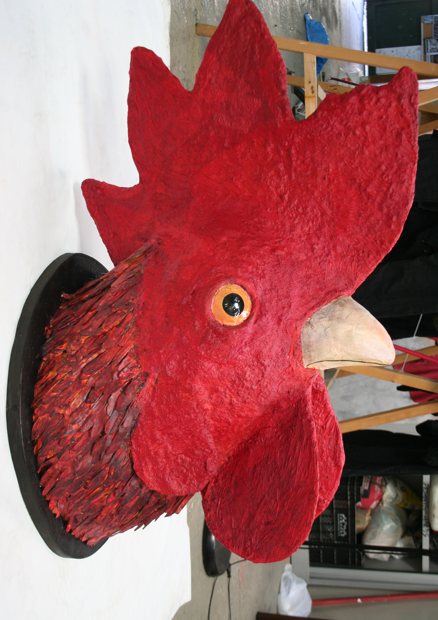 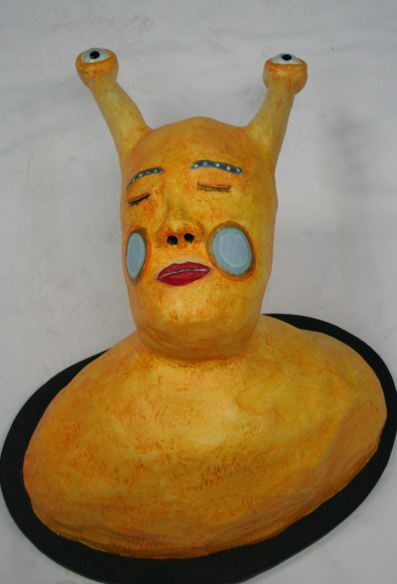 Alieman half alien half human , a being who will inspire peace and love into humanity and beyond. 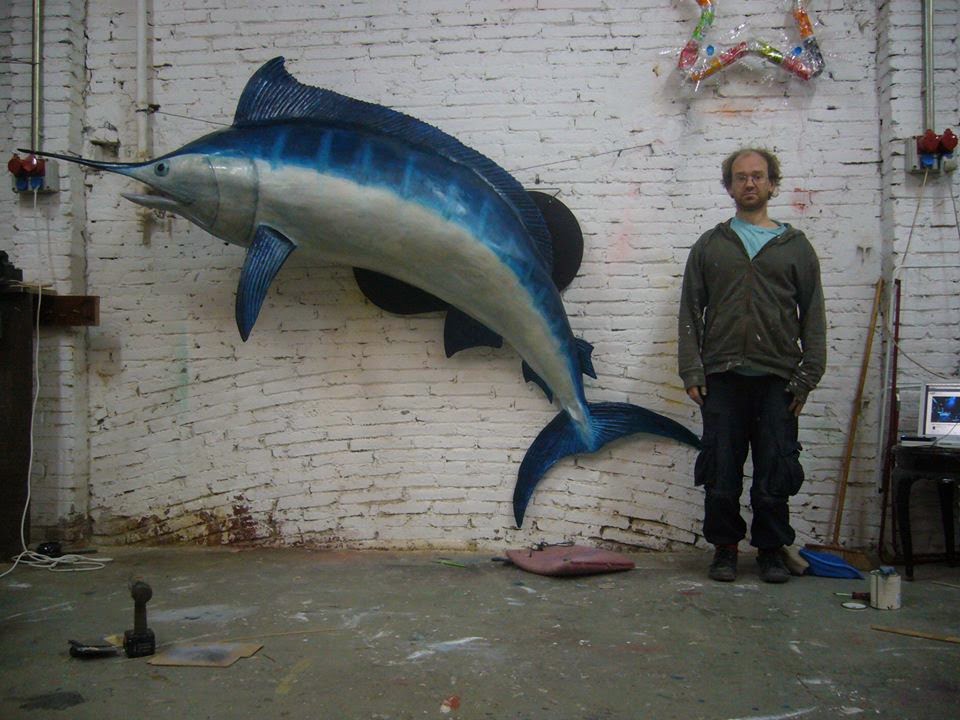 tom
Hello i an artist, its my job , i generally enjoy it,My 'freedom' the down side is i am always chasing the next job. i like to share my skill , and collaborate with others , especially with papeir mache, many hands can achieve more than two, I think art is a thing anyone can do ,Believing this is half the battle.I belive Art is a powerful tool for expression , fun, and can and does change society and bring happiness to people. i cannot imagine humanity with out it .It is a human trait.